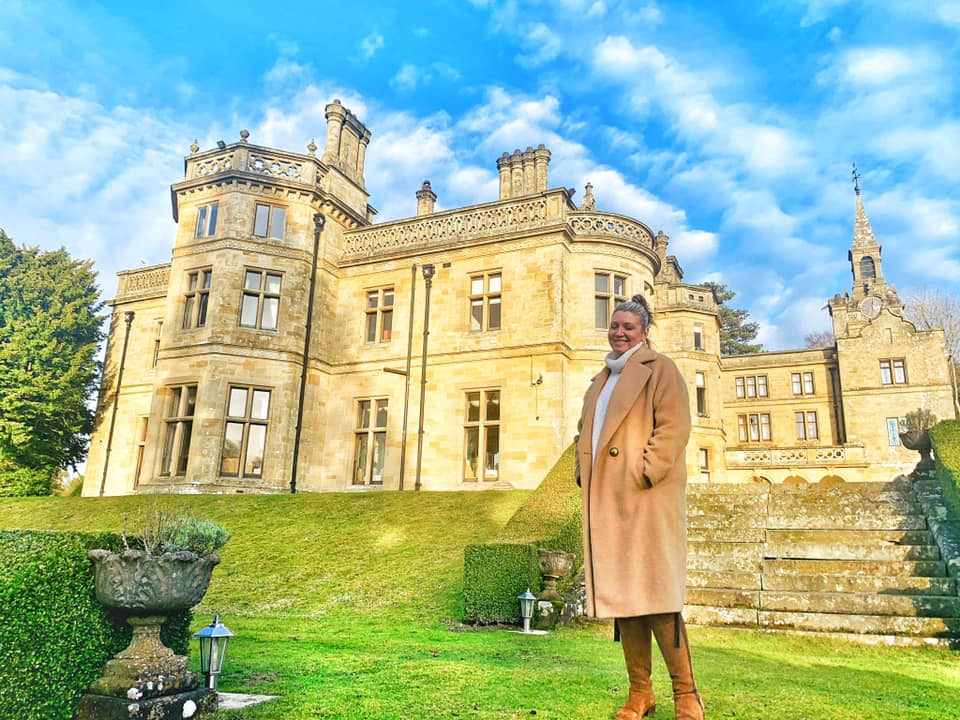 This experience should seem like a lifetime ago in terms of what we’ve all been through over the last few months, but it doesn’t. Because it was so special.

Palé Hall is a very special place, and its much closer than you would think. Back in March – before all this began – we were invited over by General Manager Debbie Cappadonna for an over night stay with an eight-course tasting menu in the magnificent Henry Robertson Dining Room, and breakfast the following morning. 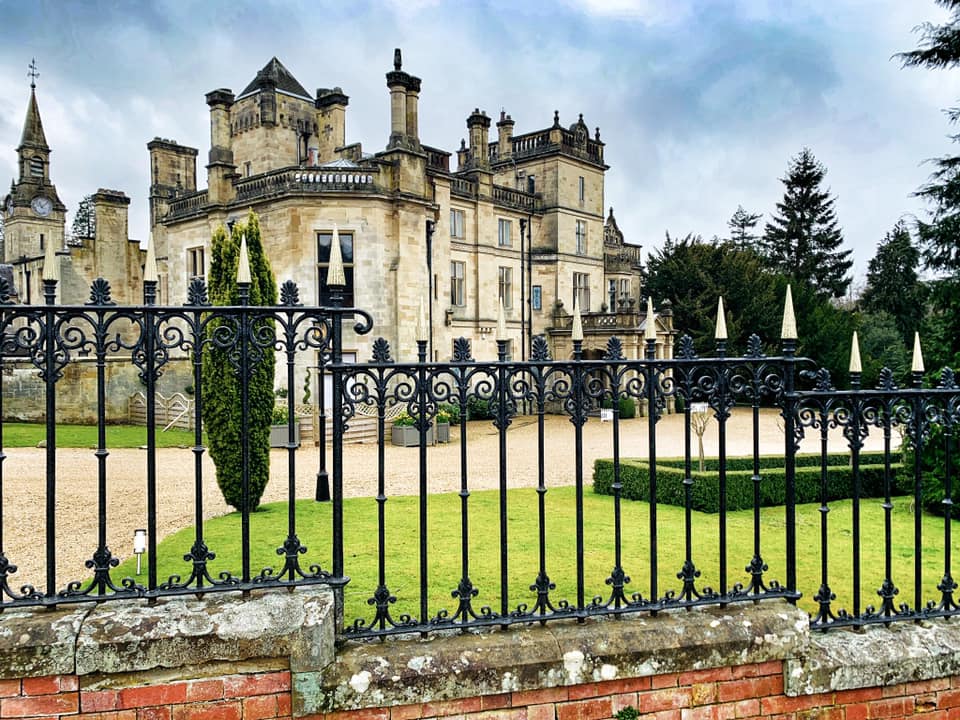 This is probably one of the most exceptional experiences I have ever had, and its been so frustrating to have had to keep it to myself for the last three months. But now that things seem a little brighter, I feel now is the time to share our experience and give you something very special to look forward to.

The existing Palé Hall is the third house of its name. Designed in eclectic Jacobean style by Samuel Pountney Smith, architect of Shrewsbury, the hall was built between 1869 and 1871 for Henry Robertson, the eminent railway engineer and Liberal MP for Merionyddshire under Gladstone. Finding the previous mansion too small for his growing family, Roberston subsequently demolished it and built the beautiful honey stoned Palé Hall we see today. 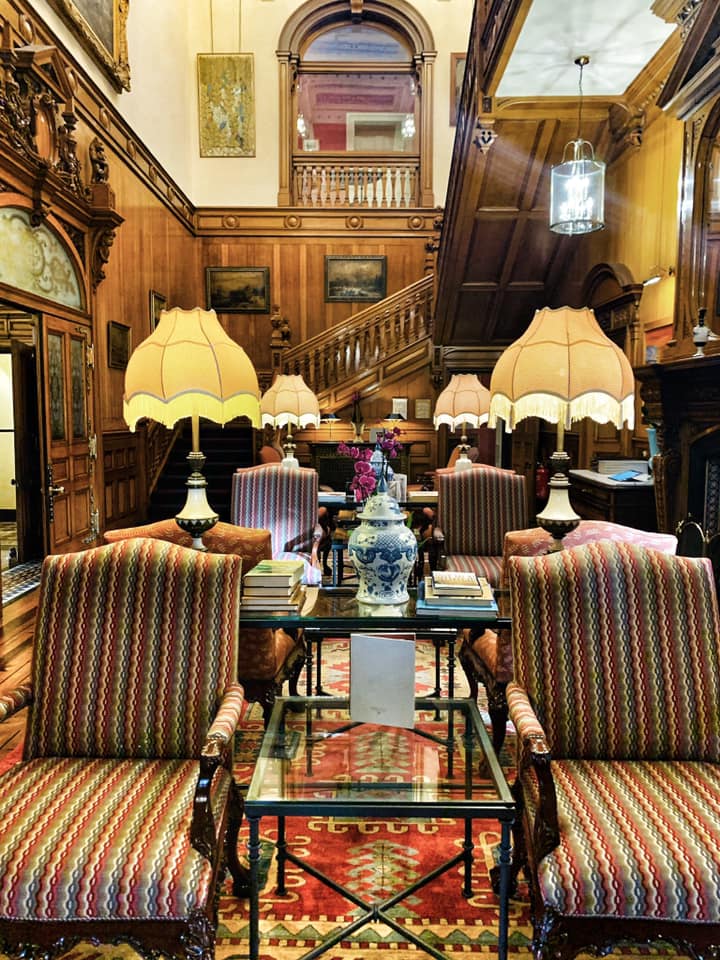 Queen Victoria visited Palé Hall in 1889 and was enchanted by the house and by the area. The original bath and antique half tester bed that she used during her stay are still in situ.

During the Great War, Palé Hall played a vital role and was transformed into an auxiliary hospital. This beautiful home with its tranquil gardens provided a haven of peace and comfort for 38 soldiers wounded in both body and mind, one of whom was a recipient of the Victoria Cross.

In the 1950’s, the house was sold to the fourth Duke of Westminster who made Palé Hall part of the social scene for the country pursuits set and Winston Churchill was one of a number of illustrious visitors during this period.

Seeking a new challenge, Alan and Angela Harper purchased Palé Hall in 2015 and invested considerable time and funds in sympathetically restoring the house to its original Victorian glory. The most recent incarnation in Palé’s history began in September 2016 and in the subsequent years of Alan and Angela’s stewardship Palé Hall has achieved Five AA Red Stars, Three AA Rosettes for its food, and membership of the exclusive Relais Chateaux consortium.

The hotel offers 18 individually designed bedrooms and suites, two restaurants inhabiting the original dining room with its extravagantly carved sideboard and the Victorian kitchen, and a number of elegant lounges with the intricate ceiling covers and detailed fireplaces of which Henry Robertson was so fond.

It may have been three months ago, but I can remember every mouthful like it was yesterday. I had been so excited about our eight course tasting menu all day and Chef Gareth Stevenson’s menu exceeded all of my expectations. Not only that but it was delivered by a passionate and super friendly team who helped make our experience something I will never forget.

We started with Norfolk quail and mushroom boudin, and had I only been allowed to smell this dish, it would been enough. It was an incredible start. Next was the Roast scallop with Jerusalem artichoke, lemon and hazelnut – the first time I think I’ve tried Scallop with hazelnut but it was perfect, and the lemon balanced it out beautifully. The Butternut squash tart with mustard seed, cheddar and smoked almond was delicious, and its accompanying wine (Qepé from California) was absolutely stunning.

The Roast Hake with celeriac, parsley and glazed onion was next and this was so delicate, and once again perfectly accompanied by the Chapel Down Bacchus (English wine at its very best in my opinion) and then came the Welsh Black Beef. Stop. Everything. It was unbelievable. The beef melted in the mouth and the maitake mushroom gave the right amount of earthiness (now I know why its called the dancing mushroom – because it makes you want to dance for joy), and I remember that delicious Alvaro Palacios very well indeed. The next course of Bath soft (cheese) with truffle and honey was also sublime.

I love rhubarb, but Phil doesn’t (yipee!) so I was forced to enjoy not one, but two of these delicious desserts all to myself. Forced rhubarb with custard and spiced streusel. And so to the final course … Coconut, pineapple, rum, mango. Four of my favourite things on one plate.

The food was beyond amazing, the accompanying wine flight was perfectly chosen and you’d think the service may have been a little stuffy? Not a bit of it. They were all relaxed, super-knowledgeable and obviously loved what they were doing. Class.

A Suite fit for a Statesman 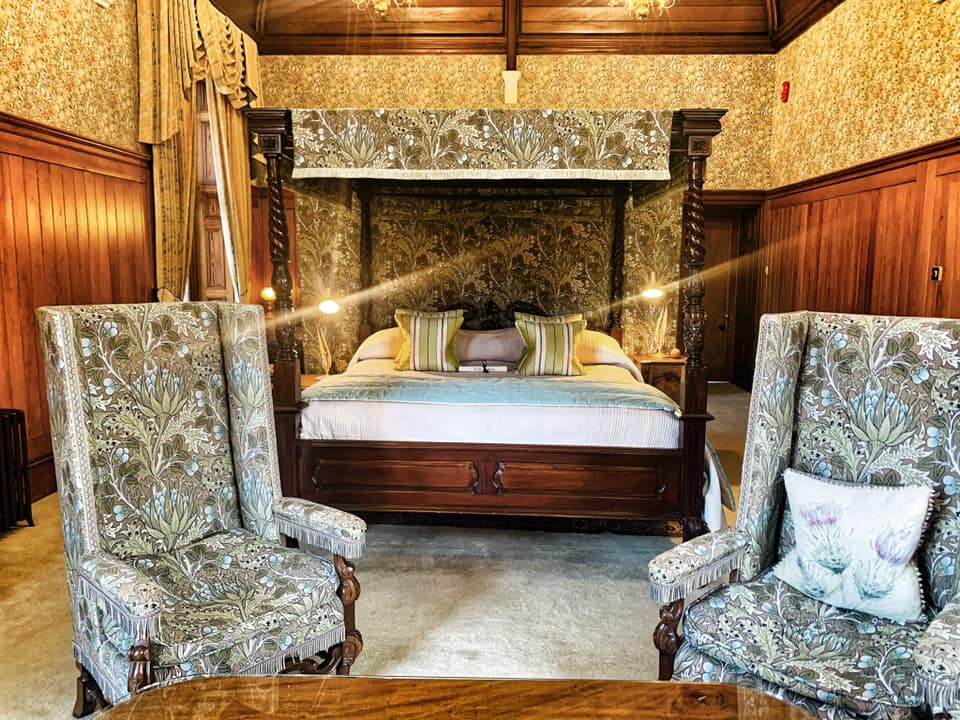 Did I mention our room? Sorry. Not room. Suite. And not any suite. Winston Churchill’s suite, designed for him during the fairly brief period when Palé was owned by The Duke of Westminster. I knew that we would be staying in the Churchill Suite but Phil didn’t – and yes, I could have knocked him over with a feather when we walked in. If you are celebrating something special (and I absolutely include the end of lockdown in that) then book yourselves into the Churchill Suite and I promise you’ll feel like royalty.

There are also some really lovely ‘surprise and delight’ elements to your stay at Pale Hall. The bunnies playing on the lawn, the Palé Times in your bedroom addressed to you personally and the picnic for your drive home. And it takes just forty minutes to get there from Chester.

A huge thank you to Debbie and her amazing team. I wish you all the very best of luck with your reopening and I know that you will be welcoming guests from all over the world again very soon.