‘Life is a Cabaret, Old Chum’ 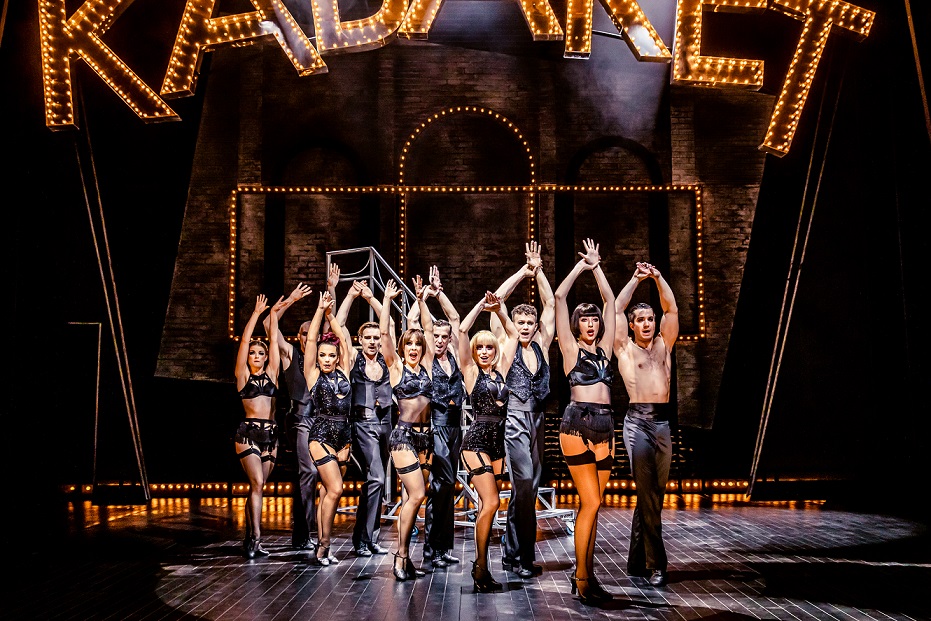 With its iconic songs and dance moves, musical Cabaret arrives in Chester next week as part of its 2019 UK tour.

Directed by critically acclaimed Rufus Norris (Director of The National Theatre) and featuring the Olivier Award Winning Choreography by Javier De Frutos, the production has enjoyed two smash hit West End runs at The Lyric and The Savoy theatres.

Cabaret comes to Storyhouse in Chester from Tuesday 24 September to Saturday 28 September 2019. Tickets are on sale now.

It’s 1931, Berlin is a haven of divine decadence and the legendary Sally Bowles is about to take stage at the infamous Kit Kat Klub…

The cast will feature John Partridge as the enigmatic Emcee, alongside Kara Lily Hayworth as Sally Bowles, and Anita Harris as Fraulein Schneider.

John Partridge plays Emcee. The winner of Celebrity MasterChef in 2018, John is widely known to TV audiences as EastEnders’ charismatic Christian Clarke, and one of West End theatre’s most prolific leading men having appeared in A Chorus Line, Chicago, and La Cage Aux Folles.

Kara Lily Hayworth plays Sally Bowles. Kara recently won rave reviews across the country for her portrayal of Cilla Black in Cilla The Musical, after she was discovered by Bill Kenwright during the show’s nationwide TV auditions.

Anita Harris plays Fraulein Schneider. The singer and screen icon first rose to fame as a singer in the 1960s, beginning a lifelong career as a performer and actress. She has appeared on screen in Follow That Camel and Carry On Doctor, and on stage most notably in the West End as Grizabella in Cats.

Tickets for Cabaret are on sale now priced from £20.50. Each ticket is subject to a £1.50 booking fee. Group discounts are available Tuesday to Thursday.

Please note, Cabaret is suitable for aged 14 upwards as the show contains nudity.

WHAT THE CRITICS SAY ABOUT CABARET

‘The most stunningly fresh and imaginative revival

of a classic musical that I have ever seen’