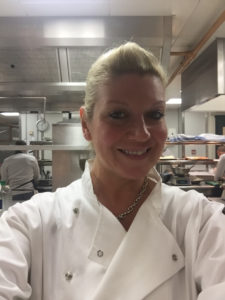 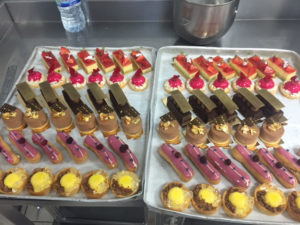 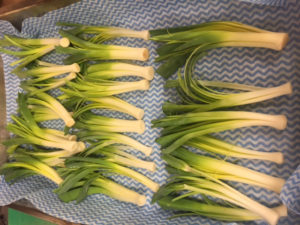 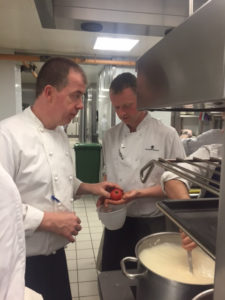 Now, we all know that Simon Radley is a legend, and that he is Executive Chef at an equally legendary English landmark hotel, The Chester Grosvenor.

You probably didn’t know however that he first joined the hotel as Chef de Partie in 1986, returning in 1988 after a 2-year chef pilgrimage to London. Just a couple of years later, The Arkle restaurant earned its first Michelin star. Simon was encouraged to travel and learn, and his culinary adventures took him as far afield as The Peninsula Hotel in Honk Kong and Mandarin Oriental in Bangkok. He returned to The Grosvenor in 1998 as Executive Chef and Director of Catering where he now oversees all aspects of the hotel’s restaurants, menus, and business catering, and recruits and manages a skilled team of chefs, apprentices and waiters. In recognition of his success and expertise, The Arkle was refurbished in the summer of 2008 and renamed Simon Radley at the Chester Grosvenor. In 2009, the restaurant was again awarded a Michelin star, its 19th in as many years and one of only five restaurants in the United Kingdom to have held the distinction for such an extended period.

Of course it is relatively easy to research Simon’s history, but he has always been a little bit of an enigma to me personally. I have met him just a couple of times and he has always been quiet and unassuming – fuelling my curiosity of him even more. I have met many, many chefs throughout my career and its fair to say that generally speaking, they are a fairly self-promoting bunch with plenty to say across every possible platform. This chef is different, and I have admired him quietly from afar for many years.

So you can imagine my delight when himself and La Brasserie Head Chef, Gareth Jones invited me into their kitchen. Nervous, a little shy and very, very excited don’t even come close to explaining how I woke up feeling on Wednesday 21st September.

Things have changed a little at The Chester Grosvenor. Don’t get me wrong, its still as splendid as it has always been – but before the recent take-over by Bespoke Hotels, it was a little bit of a closed shop in terms of its inner sanctum. But the new team (headed up by General Manager Richard Grove) have flung open their back door and let me in! Marvelous!

So it didn’t take any persuasion whatsoever for me to hot-foot it straight into the kitchen – via HR to collect my whites – to spend a lunch service working with Simon and Gareth. This is a proper commercial kitchen for a very famous hotel. Simon introduced me to everyone and spoke to me for a good hour about how it all works. There is an imaginary line down the middle of this immaculate space (immaculate even in the middle of service no less). One half is for Simon and the other is Gareth’s domain for La Brasserie.

The menus are very different but the quality, passion and excellence are standard throughout.

Simon gave me a tour of the entire kitchen operation including the banqueting kitchen upstairs servicing the Westminster Suite and all connecting business and events spaces. Back down in the main kitchen, we started off in the bread section and here I met Baz, cheerily going about his business producing the finest breads, which he does from 3am till 2pm 5 days a week (which, incidentally he has been doing for nearly 20 years). Baz is also a legend, as I saw when I posted our selfie on Facebook.

Then we went next door to pastry to meet the lovely ladies who make those oh-so-beautiful afternoon tea treats – every one hand-made and perfect in every way.
Then it was into the larder. I used to get excited about bars and parties, but show me a perfectly organised meat and fish fridge and I’m anyones!

Simon explained where all of his produce comes from, where quality is balanced but not overruled with locality. He was particularly passionate about his Spanish pork – marbled throughout – and pretty unique to The Chester Grosvenor. I would see where that perfect piece of meat would end up a little later on.

.. and now it was time to work. It was very important to me to actually live the life of the kitchen, and the only way you can do that without getting in everyone’s way is to do some work. I have known Gareth Jones now for about 6 years. Gareth also started at The Grosvenor right at the beginning of his career and after a voyage of culinary discovery he has also returned, as Head Chef of La Brasserie. Gareth is as dedicated and inspirational as Simon and together they are a very powerful duo, I wonder if there is a more experienced and committed pair of Chefs working anywhere in the UK today? I don’t think so.

Gareth left me under the wing of Max. Max is a chef de partie and I was his commis for the next 4 hours. I listened to Max and watched his demonstrations carefully. I chopped, I peeled whilst sucking up every minute of this fabulous experience. I even made pasta from scratch.

While I was working, Gareth pulled me onto ‘the pass’ regularly to learn more about the dishes going out from the Brasserie menu. Yes, they serve a burger and fish & chips, but they are the very best they could ever be. I watched Max construct a Tartiflette, it looked divine.

… and remember that lovely piece of Spanish pork with the marbling that I mentioned earlier? That went out as Iberico pork cutlet with chorizo and lemon croquettes – and looked delicious.

This is a busy, bustling kitchen where everything is done perfectly. It reminded me of the kitchens I was lucky enough to visit in London. No messing about here. Simon and I also talked about the struggle that we now face in attracting Chefs into the industry – before we even get to the issue of retaining them in our kitchens. The Grosvenor has always offered an apprentice scheme, which has always been successful – proven by the fact that Gareth himself started out as one all those years ago.

I felt unbelievably privileged to be invited into Simon and Gareth’s kitchen. There is no pretention here – just a team of talented and committed chefs from all walks of life led by 2 of the very best in the country.

I just hope they invite me back one day soon. Thank you Simon. I am incredibly grateful for this amazing experience.

The Chester Grosvenor
The Chester Grosvenor Hotel sits majestically in the middle of this beautiful historic city with its unique rows – as well as one of the country’s oldest racecourses just a short stroll away, yet still within its famous Roman walls.

The hotel has 68 bedrooms and 12 stylish suites, all individually designed and beautifully furnished with the finest fabrics.