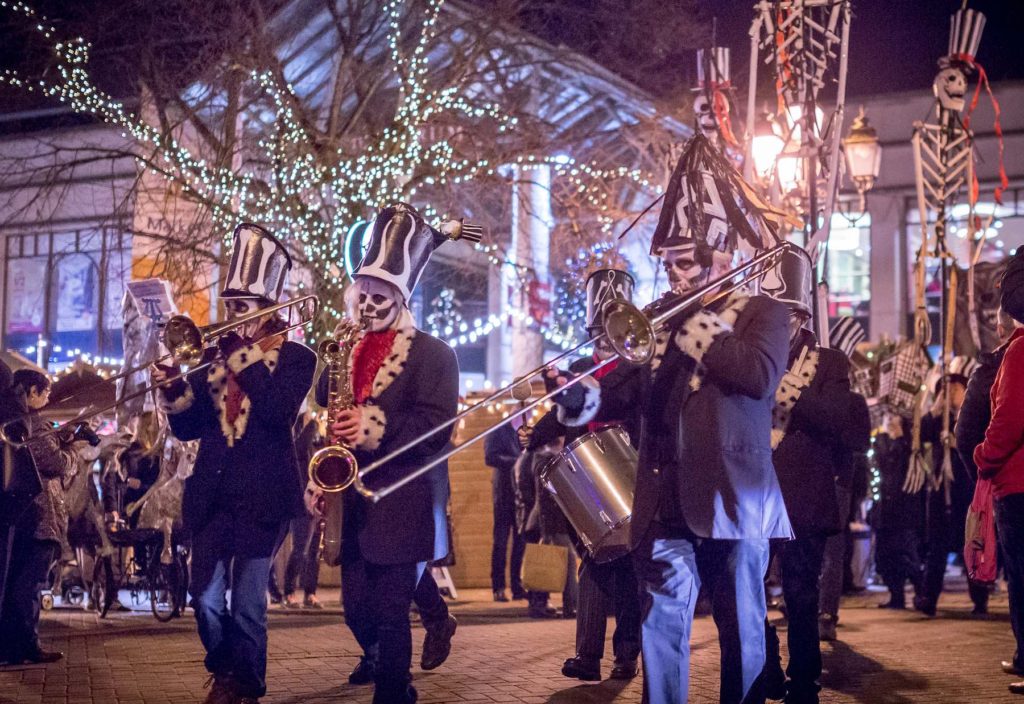 Highlights include headline set from The Feeling on Carnival Day and Symphonic Ibiza on Old School Reunion Sunday. A brand-new 3-day family-friendly music, food and lifestyle festival coming to heart of Cheshire this September will feature a stellar line-up of live music.

Deva Fest will shine a light on local talent with some of the regions finest emerging artists, as well as bringing star names to Chester Lakes next month. The festival takes place across three days, Friday 6th to Sunday 8th September and tickets are on sale now.

A circus style ‘big-top’ will house the main stage and visitors can sing and dance the weekend away come rain or shine. Saturday will include a headline performance from award-winning UK band The Feeling, and the weekend promises to finish with a bang when Symphonic Ibiza celebrates 30 years of the biggest Ibiza dance classics on Sunday, featuring two special guest performers, to be announced shortly.

Friday’s ‘party night’ will be open 5pm-11pm, whilst gates open Saturday and Sunday at midday. The evening will celebrate a wealth of talented local artists and music with a more international flavour with performances from Lucy Bradburn, David O’Connor, The Bavarian Strollers and Zoot Serious and The Bellyful of Bop. The festival will kick off with 15-year old local singer-songwriter Lucy Bradburn performing a beautiful selection of soul, blues and jazz numbers in the big-top, promising an unmissable performance. David O’Connor is a regular on the Chester music scene and this versatile performer will bring his one-man band to Deva Fest, performing everything from 80’s classics to current hits.

One of the country’s most loved Um Pah bands The Bavarian Strollers will keep the Friday festivities going, playing a set of their traditional and rousing anthems. Closing the night, eleven-piece rhythm and blues band Zoot Serious and The Bellyful of Bop are certain to keep the crowds of all ages entertained. Their repertoire spans from early jump jive, blues, modern swing, and classic soul tradition.

Saturday is Carnival Day promising a day of colour and fun for all the family which includes a headline set from award-winning UK pop/rock band The Feeling. The Ivor Novello award-winning band burst on to the music scene in 2006 with their debut album Twelve Stops and Home which sold 1.5million copies worldwide and featured four Top 10 hit singles: Fill My Little World, Love It When You Call, Sewn and Never be Lonely.

Their second album Join With Us, released in 2008 reached number one in the UK charts and was followed by three further studio albums Together We Were Made (2011), Boy Cried Wolf (2013) and The Feeling (2016). Saturday’s line-up will include pop/rock band The Dunwells, who come to Deva Fest fresh from supporting legendary Welsh singer Tom Jones.
The Leeds based band fuse acoustic instrumentation and electronics with down to earth songwriting and big choruses. They perform at Deva Fest ahead of their new album Something In The Water, which is released in September and features tracks Nothing Left and Are You Sitting Comfortably. There will also be a performance from emerging rock group Mississippi Riot. After performing their first live show at Chester University in 2015, the five-piece band quickly gained momentum with their raw gritty vocals, and hard-hitting riffs and melodies.

Upbeat indie rock quartet Camens will entertain audiences with their feel-good lyrics and laid-back anthems – performing their catalogue of original tracks including Slept On The Sofa, Boys Will Stray, Redolence, Violent Video Games and more. Guaranteed to get the crowds dancing, music collective SWJ Group will be performing a set of funky, groovy and infectious beats and soaring tunes spanning a vast range of musical genres. After appearing on 2012’s Britain’s Got Talent with choir Only Boys Aloud and 2017 series of the X Factor as a solo contestant, Russell Jones Jr will take to the main stage as part of Deva Fest’s Saturday music programme.

Festival goers will really get in the carnival spirit with The Carnival Day Ball – a magnificent and colourful Day of the Dead carnival spectacular featuring TRIX, fronted by the fabulous Trixabelle Bold. When she isn’t performing at Manchester’s Alberts Schloss, Trixabelle is touring the country as part of Steve Steinman’s Vampires Rock! It promises fun and mischief galore…expect the unexpected.

After performing on the Electro Love stage at this year’s Isle of Wight Festival, the UK’s premier Foo Fighter’s tribute band Foo Fighterz will be performing all the greatest hits from the American rock band such as The Pretender, Monkey Wrench, Run, Everlong, Best of You and more, and  DJ Ally Kidd Cameron will be on the decks to complete Saturday’s music programme. 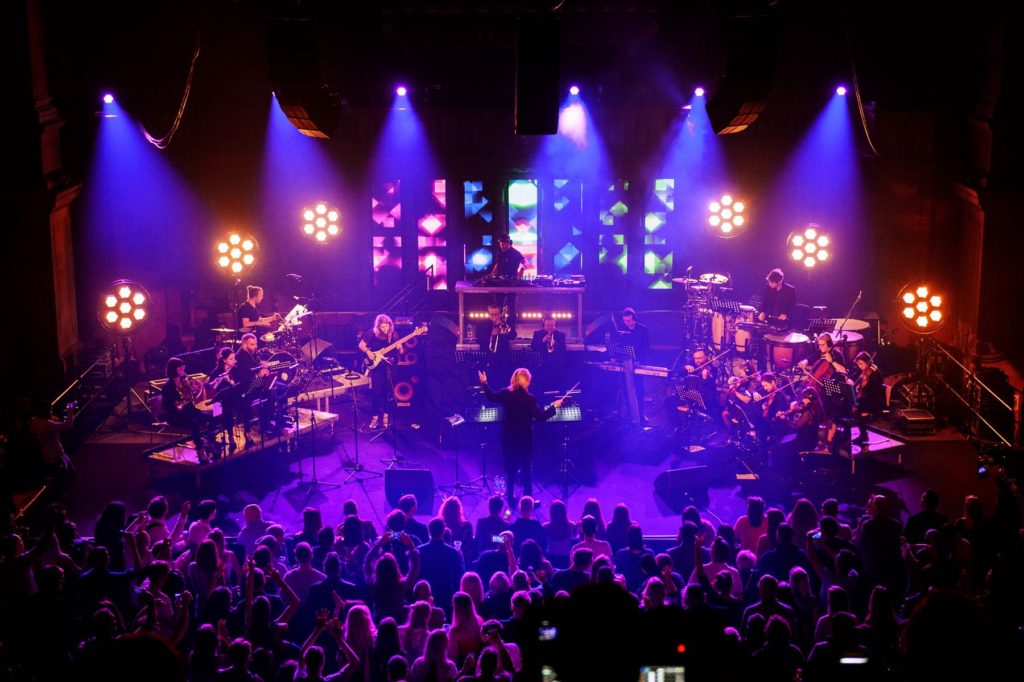 The live entertainment continues on the Sunday, with Deva Fest bringing the finest dance classics to the stage with its ‘Old School’ theme. The weekend will finish with a bang as Symphonic Ibiza celebrates all the biggest Ibiza dance classics from the last 30 years, sensationally fusing a thrilling live orchestra with high tempo beats from renowned club DJ Andy Joyce, whose credentials include residencies at Ibiza super-clubs Pacha, Amnesia, Eden and Café Mambo, directed by musical genius Steve Etherington. This promises a party is like no other.

Two very special guest vocalists will be joining DJ Andy Joyce, who organisers will be announcing in the coming weeks.cGrammy-nominated British electronic dance group K-Klass are responsible for some of the biggest dance tracks ever made, racking up no fewer than five UK top 40 hits including Rhythm is a Mystery and Let Me Show You. They are certain to keep the party going at Sunday’s Deva Fest. Another 90’s dance legend coming to the main stage is Baby-D. Best known for their UK number one single Let Me Be Your Fantasy and other hit songs Everybody’s Gotta Learn Sometime, So Pure and Take Me To Heaven. The group also won Best Dance Act at the first MOBO Awards in 1996. Renowned as one of the biggest dance acts in Europe, Cappella will also be live on stage on the Sunday. The group had nine Top 10 and three number one hits including U Got 2 Let The Music, Move On Baby and U & Me before disbanding in 1999. Original producer and creator of the group Gianfranco Bortolotti along with new members Marcus and Lis Birks are bringing the techno music beats to Deva Fest.

Also on Sunday’s line-up is another classic 90’s dance group, Shiva. Best known for their two number one dance hits Freedom and We Can Work It Out, the band are reforming especially for Deva Fest audiences – their first performance since the mid 90’s. Electronic duo Mark Radcliffe’s UNE will be bringing audiences their blend of electronic music spanning many styles, their songs inspired by words from other languages that have no literal translation into English. The music and lyrics have therefore tried to convey the feelings those words invoke.

Get ready to shout ‘HOUSE’ in Bingo as you’ve never experienced before with BinGO Large. Fuelled by Ibiza dance classics with full festival sound and light, confetti cannons, dancers and superstar DJs on the decks this is the Bingo Bango full house experience! BinGO Large is family friendly, but only over 18s can take part in the bingo.

Cream resident DJ’s Anthony Probyn and Ed Mackie will be bringing some of the biggest summer dance tunes to the main stage and Chester-based DJ duo Geddes and Gioia promise a collection of some of the best uplifting disco and house vibes. It promises a neon filled, hands-in-the-air, glow stick waving party!

Festival organiser Philip Marston said: “We have an incredible music line-up over the whole weekend promising a 3-day non-stop party, young and old alike there will be something on offer for everyone to enjoy! Friday is our Oktoberfest-style party night with a Bavarian Um-Pah band plus a whole host of incredibly talented local artists. Saturday is our Carnival Day with a headline performance from The Feeling, as well as bands spanning across pop, rock, dance and more. There will also be parades, a Carnival Ball and prizes for best dressed. We will be finishing the weekend with a bang in our Old School dance party featuring some of the biggest names in dance music from over the last three decades.”

Fancy dress is encouraged over the whole weekend and prizes will be awarded for best and most creative outfits on Saturday and Sunday. Saturday is colourful Carnival fancy dress – be inspired by Mardis Gras, Rio Festival, Day of the Dead. Whilst Sunday’s fancy dress theme is neon party – the bigger and brighter the better!

For the authentic festival experience there are weekend camping packages available on the Festival field, plus a dedicated area for camper vans and caravans.
Festival organsiers will also be operating a free shuttle bus running between Chester Railway Station and the festival site which is free for all ticket holders.